The proposal is to recover the  original verticality of the apse in such a way that scenic equipment can be housed in its interior, redefining it as a landmark able to face up to the distance. As a counterpoint, a tectonic floor plan, facing the countryside, houses the functional programme.

The apse of Santa Maria de Atienza, located on the boundary of the urban area that joins on to the castle landscape, in front of the large scale Optense scenery, seeks to rediscover its past through its rehabilitation and the return to its true value, through a new use that gives it a contemporary feel. In this context, the architectural work is of a simple gesture, a continuous plan that envelops the building, enhances it and links it to its context.
The architectural work is carried out in a gardened area that qualifies the existing space, without interfering in the vision of the remaining part of Santa Maria, or in the consolidated image of the Optense imaginary, supported by small bulkings of the scene, such as plazas, inherent in the public vocation of the intervention. 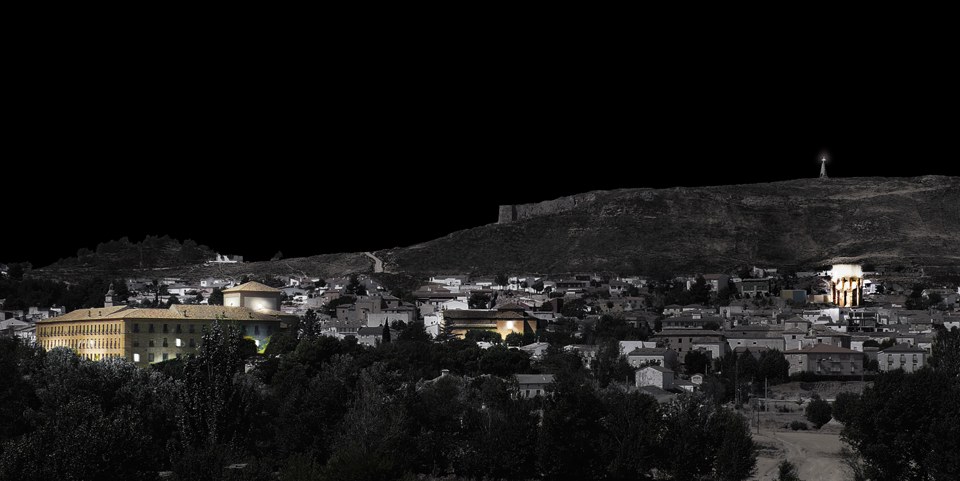 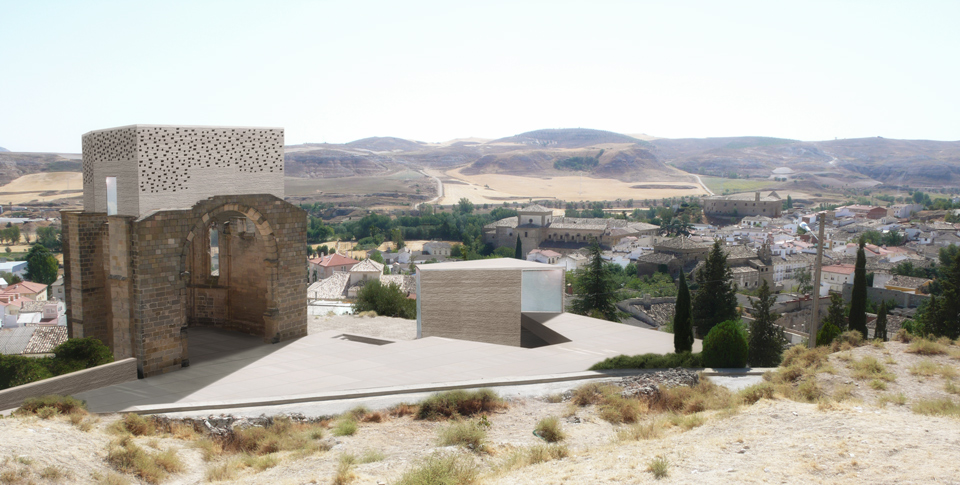