There are no defined limits. As in a sequence shot, the space is transformed in an abstract background, indeterminate and fluid, where the users are those who decide the limits and how to make best use of them.

Re-establish the exciting spatial freedom that characterised the pavilion built by Cabrero & Ruiz in 1962, through the inclusion of new architecture that allows functional dispersion in a single space and intensifies the versatility of the covered area. In this empty and flexible space, the floor plan encompasses stairs, ramps and steps, thus recovering the journey concept, fundamental to the original pavilion.
The proposal of the Bancadas Pavillion is to intervene above the exiting structure generating an isotropic space, where the rehearsal modules are strategically placed, as used by actors a theatrical composition by Robert Wilson. 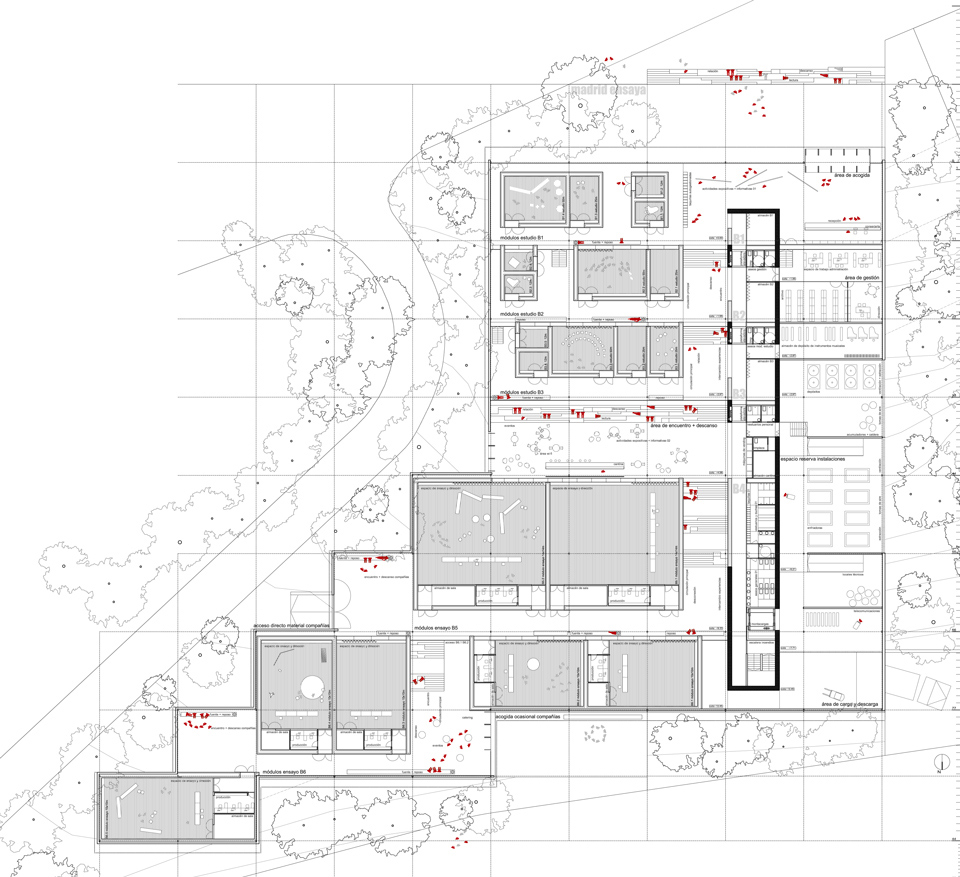